Cavalry of the Polish Army and Polish Armed Forces in the West.
During the fighting on the Western Front in 1945 it was a reconnaissance regiment of the 1st Armored Division of General Maczek.
The place of station until August: Łańcut.
The colors of the regiment: pennant emerald-yellow with white gimp in the middle, yellow rim.
The short history of 10th Mounted Rifle Regiment by Maria Nitkiewicz
In one slipper in one boot,
A rifleman wanders in Łańcut.
This slogan, called żurawiejka, was invented by zestful cavarlymen in the autumn 1921 when 10th Mounted Rifle Regiment was emerging into being in Łańcut. First the squadron came there, that fought in the battles of the war 1919-1920 at Jampol, Hajnówka, Głębokie, Lida, Siedlce and Warsaw. This direct heir to formed in 1918 in France troops was part of Polish Army general Józef Haller, came to Poland 29th April 1919. Then to commemorate this event the Regiment Day is celebrated etery year at that time. 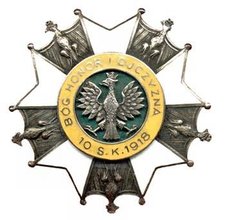 Figure 1: regimental badge.
To Łańcut arrived first riflemen with their own banner funded in France. Soon they were accompanied by another squadron of personal surplus from 5th Mounted Rifle Regiment in Tarnów. The third squadron being formed regiment came into being out of Mohammed Squadron, after liquidation of Tartar Lancers Regiment. Initially, the arriving soldiers wore uniforms of their previous units.This explains the meaning of the cited żurawiejka in the introduction. After some time, 10th Mounted Rifle Regiment obtained the same uniforms and created a cohesive high efficiency unit. Under the command of Piotr Skuratowicz from 1929 to 1932 the regiment reached the highest training level among the entire Polish cavalry. That is why in Łańcut new regulations were developed for them. And żurawiejka could be changed. 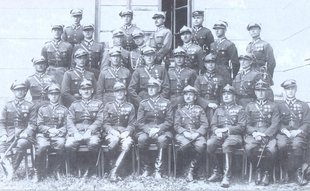 Figure 3: The 10th Regiment color guard.
10th Mounted Rifle Regiment became one of the first motorized troops in Poland. In 1937, they changed horses to cars and motorcycles, however retaining its old name. Sabres and lances were replaced with modern firearms and żurawiejka made a downhearted comment:

They eat meat without fork ,
They must be 10th Regiment folk.
Along with 24th Lancers Regiment from Kraśnik, they created the core of the 10th Motorized Cavalry Brigade .Everyone underwent further training. On the current uniform they put on black leather jackets and the German type helmet on the head. The regiment uniformed in this way and modern armed went to war in 1939. Soon their effectiveness and prowess drew the German attention. 10th Brigade commanded by colonel Stanisław Maczek was called Swarze Brigade thanks to the colour of their jackets. 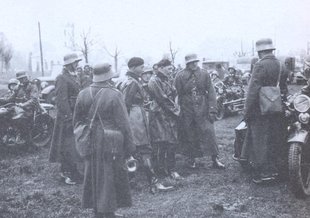 Figure 4: Colonel St. Maczek, Colonel W. Cieśliński, Major F. Skibiński
in the 10th Regiment motor park, Zaolzie 1938 r.
Since the outbreak of the war, on 1-5 September, in a constant combat with the superior enemy forces, the regiment went the route from Myślenice via Wojnicz, Tarnów, Łańcut (defended on 9th September) till Lviv. There, after two days figthing for Zboiska and the neighbouring hills on 17th September the order came to cross the Hungarian border. In this way, on 19th September the war wanderings of 10th Mounted Rifle Regiment began. All the time under the same banner the regiment was reborn in France and fought there in 1940. Then it went to England. In 1942 the decision was taken to create 1st Polish Armoured Division formed by general Stanisław Maczek and 10th Regiment became part of it. The experience of two fronts, Polish and French, the ability to reorganize itself, helped to get to highest skills in the use of the modern armoured weapons. 10th Regiment became a reconnaissance one of the First Division. This regiment was the most effective in the division, one can tell it was a carriage horse that led others. To combat action the regiment was charging as a battering ram ahead of the whole division, always efficiently and perfectly completing the tasks – mentioned in the interview general Franciszek Skibiński, the commander of the regiment in 1942 and 1943 during his intensive training with new equipment. 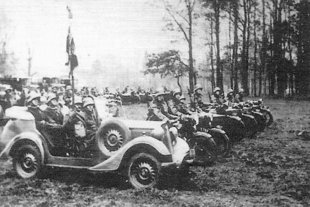 Figure 5: 10th Regiment motorised troop.
7th August 1944 10th Regiment set out for the combat for the third time. In the severe battle of Chambois in France, on 20 VII 1944 died the commander of the regiment major Jan Maciejowski. Then major Jerzy Wasilewski promoted from the commander of the first squadron, led the regiment to the battle. He commanded the regiment till its dissolution in 1947.He was the youngest, but also the best front commander in the Division.
The battle route of 10th Regiment show the maps and pictures. It was also marked by earned medals, and the evidence of memory and gratitude liberated from the occupation the people from France, Belgium and the Netherlands. Unfortunately on the route remained soldiers’ graves. The battle route of 10th Regiment ended in Germany in the coastal town of Wilhelmshaven, where, on 8th May, the surrender of the German troops was accepted. After returning, the regiment took part in the German occupation for a year. Then it came back to UK and was dissolved 23 III 1947. 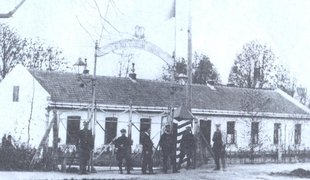 Figure 6: the barracks building 10th Regiment in Łańcut.
Leaving for the war from the barracks in Łańcut 10th Regiment never returned to them. The regiment fought in the Western Europe, after the dissolution of the Division nearly all the officers and lots of soldiers remained there.
The residents of the cities that owned them the freedom erect the monuments dedicated to Poles, name the streets and squares by heroes, they take care of the Polish military cemeteries. Lot of people received medals from French, English or European veterans' organizations.
przetłumaczył - P. Kulczycki
do góry drukuj wstecz
© 2009 - 2022 Szkoła Podstawowa nr 3 im. 10 Pułku Strzelców Konnych w Łańcucie
Realizacja: veeo.pl